Message Sent
Thank you for your inquiry. We will respond to you as soon as possible.

Blessed to Be a Blessing

You are at: Planned Giving > Gift Options > Donor Stories 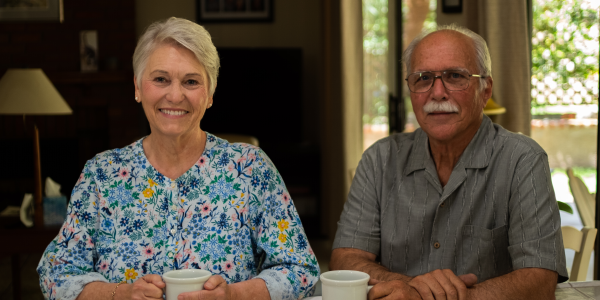 "We want our estate to further God's kingdom."

"You just can't outgive the Lord," exclaims Lauri Howell. "We are ordinary people God has blessed over the years. It is such a blessing to give back at this stage of life."

Mark replies, "It's great to be able to give financially now that we're less able to be involved physically due to our age."

Lauri's grandfather, a Lutheran minister, immigrated to the United States from Germany in 1904. Lauri proudly displays a collection of his old German books and Bibles in a bookcase in their living room, along with a statue of Martin Luther. Lauri traces the foundation for her current faith to family, church and Lutheran schools in Los Angeles.

Mark, a retired Los Angeles fireman, loves to regale listeners with stories from his service in South Central Los Angeles. One such story is Mark's near-death experience with a fireball that exploded 10 feet from him just months after he and Lauri were first married. He spent the last 22 years of his career on a fireboat in L.A. Harbor.

Over the years, Lauri and Mark have had many challenges. Church was not a significant part of their lives until Lauri lost her devout mother in 1997. It was at that time that the Spirit caused Lauri to realize that she was missing something in her life. She developed a thirst for getting back to the Lord. Together, Mark and Lauri visited several churches in their neighborhood, and they eventually became members at a congregation of The Lutheran Church-Missouri Synod (LCMS). Today, Lauri and Mark are very involved with Lutheran ministries, including Concordia University Irvine, Irvine, Calif. 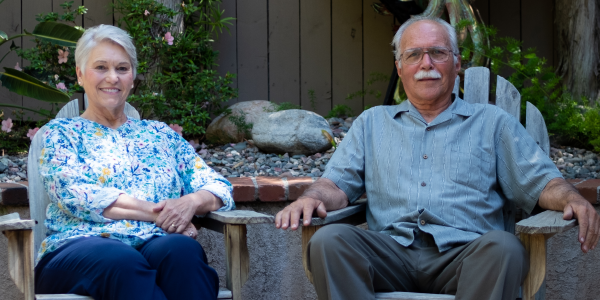 As their faith has matured in recent years, they give generously from their financial blessings. Building on their acts of good stewardship, the Howells have recently implemented a Christian estate plan with Mike Fischer from LCMS Mission Advancement. The Howells were so pleased with the service provided that they were motivated to use some of the proceeds from the sale of a vacation home to "seed" the new Gift Planning program of the LCMS. "We want others to appreciate this wonderful experience," comments Lauri.

"It's very important to us that the financial gifts God has blessed us with be used for His kingdom now and especially after we've gone to heaven," she says. "At the end, the only thing that matters is faith in God. We want our estate to further God's kingdom, for supporting church workers and Lutheran education."

The Lutheran Church-Missouri Synod Mission Advancement utilizes the services of the LCMS Foundation as our partner for gift planning legal support and trust management.

Join Us on the Journey